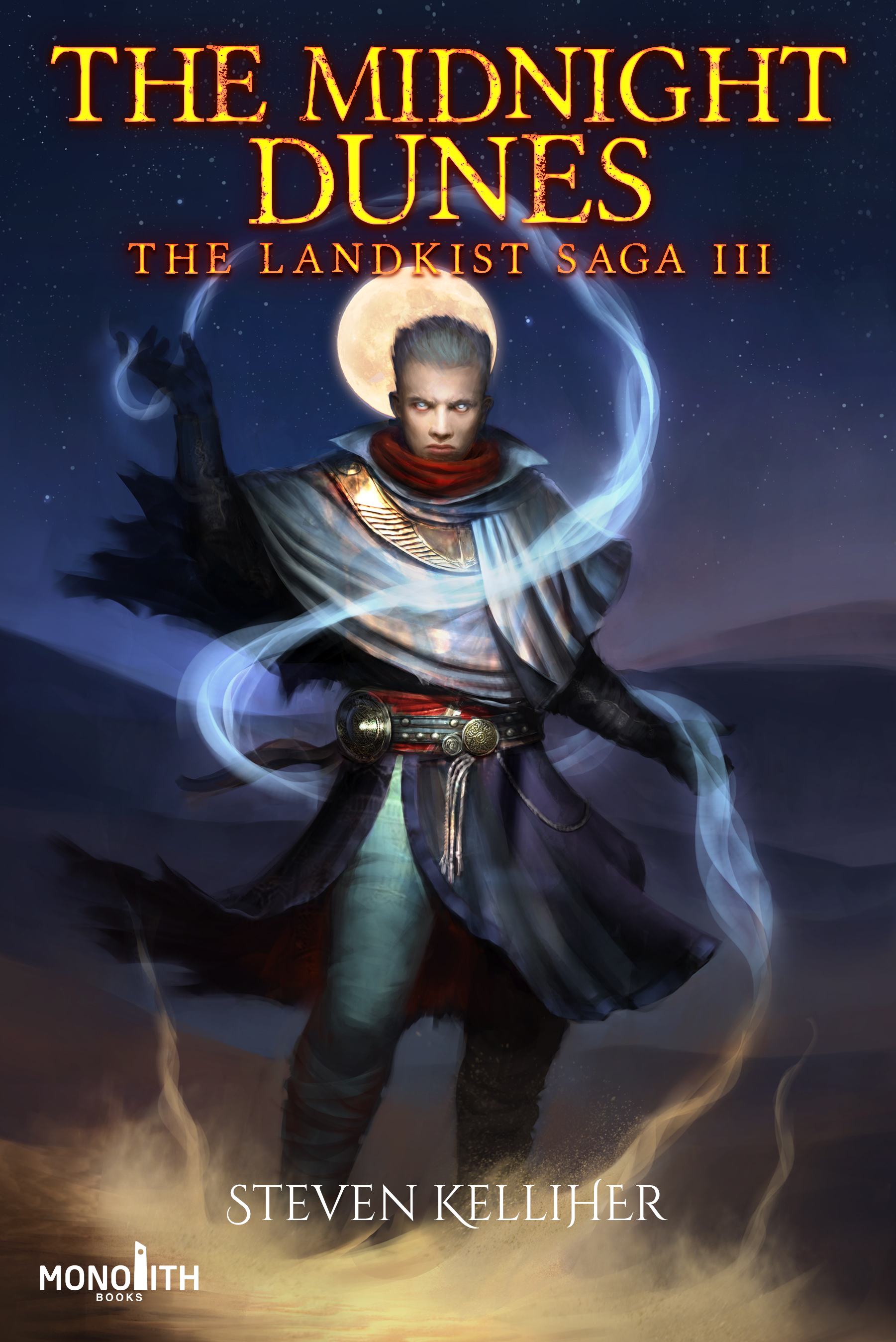 Death waits at the Midnight Dunes, and some ride to meet it.

Ghosts of the past have led Talmir Caru, Captain of Hearth to spearhead an expedition to the ancestral home of the Emberfolk. There, he intends to find one of the last Sages and see where the immortal’s loyalties lie, and whether a silver sword and the will behind it can compel a god to fight on their behalf.

Iyana Ve’Ran, living legacy of the Faey Mother joins him on this quest. While her wayward sister seeks to put an end to the War of Sages, Iyana only wants to put the world she loves back together again. As she begins to tap newly discovered powers of her own, she will learn why some say the Faey can hurt as easily as heal.

Finally, despite deep misgivings about returning to the deserts of the north, Karin Reyna, First Runner of Last Lake has sworn to keep his companions alive throughout their journey. While he does not possess the elemental power of his son, he will rediscover what made his a name for stories before their time.

With the threat of the World Apart growing ever stronger, and the most powerful Sages still maintaining their stranglehold on the land, it is up to this small band of honor-bound warriors to play their part.

For death waits at the Midnight Dunes, and some ride to meet it.

Publisher’s Note: The Midnight Dunes 3rd Edition represents a re-written and improved version of the 2017 self-published release, with new prose and expanded lore.