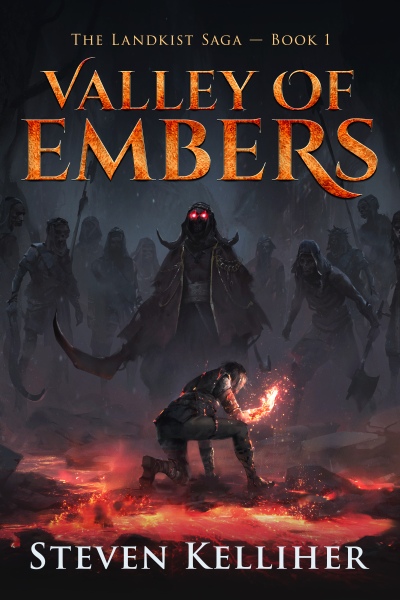 An ancient evil is rising. Only the Embers can stand against it.

For generations, the flame-wielding warriors have been the last line of defense against the nightmare creatures of the World Apart.

Now, their light is fading.

When Kole, Ember of Last Lake is wounded by a demon unlike any they have seen before, the wise believe it is a sign of an ancient enemy returned – a powerful Sage known as the Eastern Dark.

While the Valley is plunged into a war beyond reckoning, the land’s greatest champions rise up to meet the coming threat. But even the combined might of the last Embers and their elemental kin may not be enough to stem the tide of darkness.

Kole has never believed in destiny, but with his people hanging on the precipice and his home on the brink of ruin, he must discover the limits of the one power he fears above all else.