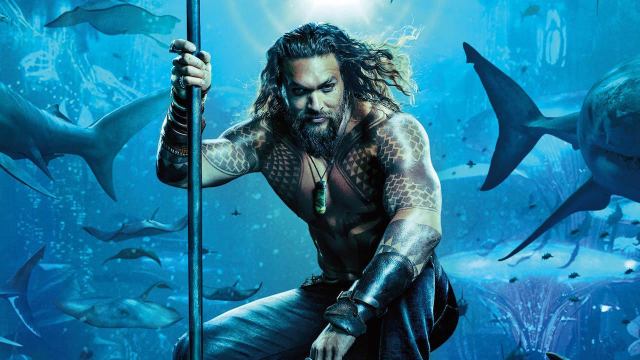 The term “guilty pleasure” gets tossed around a bit too much these days in the realm of entertainment. In my view, if a piece of entertainment, well, entertains you, there’s nothing to be guilty of.

Still, I understand where the term comes from, and a movie like Aquaman is virtually begging to be crowned as one of the best recent examples. It’s a movie a lot of people like, even while those same people acknowledge undeniable narrative flaws.

Some love Aquaman. Some hate it. I find myself floating somewhere in between the surface-level writing and the likable characters and the labrynthian world they inhabit.

Read on for my full breakdown, which separates The Packaging with The Writing to try to make sense of what works and what doesn’t in the latest attempt to right the ship that is the DC Extended Universe.

In a word, the packaging (Visuals, Cinematography, Sound and Direction) of Aquaman comes down to an emphasis on one thing above all others, and it just so happens to be the one thing DC films have largely lacked over the last decade while the Marvel films across the aisle have been saturated in it.

If you’ve glanced at any reviews for Aquaman, this likely isn’t the first time you’ve come across that statement. It may seem like a surface-level fix-it attempt on the part of DCEU engineers, and maybe it is, but I’ll be damned if it didn’t do wonders for my enjoyment of the film.

Aquaman presents a kaleidoscopic array of colors and visual treats throughout its run time. Bright blues and greens are complemented by electric purples and startling reds, and all of it radiates an artificial white glow that—while making the whole affair appear fake in some sections—gives Atlantis an alien, inviting appeal in others, like a garden of jewels beneath the sea.

The set pieces in Aquaman are bursting, quite literally, with every combination of colors you can think of. It gives the action beats a kinetic, exciting aesthetic that reminded me of Japanese anime, and like the comic books the story is based off of.

As you can see from the trailers, practical effects are few and far between in Aquaman. While it makes true immersion difficult, most of the CGI in the film serves its purpose, at least when it comes to the underwater sections. The same cannot be said for the surface scenes. A few sections taking place on the small patch of land where Aquaman was raised have a glaring, noticeable green screen flicker that breaks immersion. I’d like to overlook it, but the surface scenes should have been the easiest to make convincing.

The sound design is very effective, with booming base and sharp percussions featured in the myriad action scenes. The music was hit-or-miss, with the original score working quite well, even if it clashed oddly with the contemporary soundtrack selection.

As for James Wan’s direction, he overuses some spinning camera gimmicks, as if he’s desperate to convince viewers that the action in any given scene is even more exciting than they think. It works more than it doesn’t, and his action sequences certainly have visual pop and impact, but there is such a thing as excess, and that’s a line Aquaman flirts with throughout to mixed effect.

Still, for its visual hiccups, Aquaman delivers an undersea adventure unlike anything I’ve seen, and I was able to overlook its foibles and get absorbed in its colorful, vibrant world throughout. By the third act, I was smiling from ear to ear.

I’d watch portions of this movie on mute. In fact, it might improve the experience … which brings us to the next section. 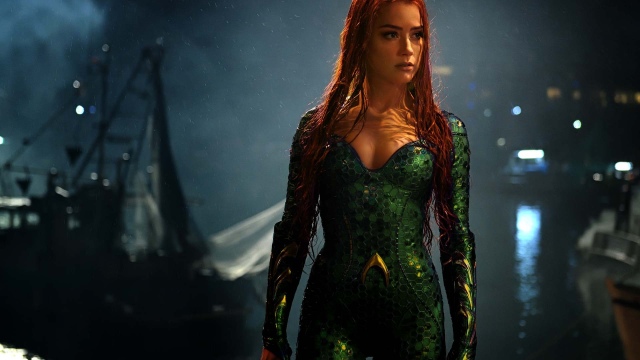 Let’s start with the positives in the section you can likely guess is going to be the most problematic for this one.

James Wan and the writers allow this film to focus on its titular character, and since Jason Momoa is magnetic as a leading man, it largely works. He’s watchable, likable and charismatic in the lead role. I’ve seen some criticism of Amber Heard as Mera, Momoa’s love interest and co-lead, but I thought she was a credit to the film, even if the script called for her to deliver some cringe-inducing lines.

And therein lies the bulk of the film’s negatives. Aquaman’s script can best be described as a series of fun action sequences loosely tied together with poorly-explained fetch quests. This gives the movie a vibe akin to a video game, and not in a good way.

Need a better trident? Go here to get a map. Go it? Good. Now go here to solve a riddle. Solved it? Cool. Now, defeat an ancient guardian to receive your upgrade. Rinse and repeat …

Kids will eat it up, but for more discerning viewers, there may be a few eyerolls throughout, and the cheesy dialogue doesn’t help matters.

Most of the worst lines are delivered by the villainous Orm, who acts as the film’s primary antagonist. The script doesn’t do Patrick Wilson any favors here, but he still manages to acquit himself well in the role. You believe him as a threatening, overly serious presence, at least, and so you’re invested in his conflict with Aquaman, his half brother.

The same absolutely cannot be said for Black Manta. One of Aquaman’s most recognizable foes from the comic book source material is reduced to the walking embodiment of misplaced anger here. He’s been injected into the plot to add some action beats, and Wan spends too much time trying to give him a sympathetic backstory that comes off rushed and hollow. Black Manta should have been saved for a sequel, and that’s a criticism I can levy at much of the film.

The Writing isn’t poor enough to ruin the experience. It’s merely serviceable, and in an age of cinematic comic book glory, we expect better.

Overall, Aquaman is an exercise in excess. It just so happened that I enjoyed much more than I didn’t. I don’t expect this one to stand the test of time because of its writing or its originality, but I do expect it to attract and maintain a hardcore following based on the fun factor alone, and the fact that, at least in terms of aesthetic, it stands out from a crowded superhero catalogue.

Aquaman may not be the game-changer some wanted or expected, but I see it as a positive step in a new direction for the DCEU, and one that could signal a far brighter future.

Despite my criticisms, I can’t wait to see what they do with Atlantis next, and I know I’m not alone.

Watch this one with fan goggles on, or don’t watch it at all.