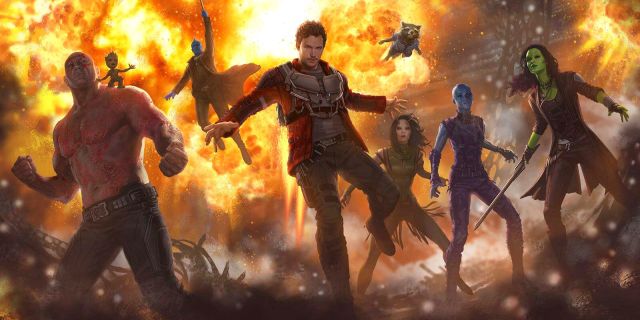 Admittedly, I went into Guardians of the Galaxy Vol. 2 with tempered expectations. It’s not that I heard the film was poor. Not by a long shot, but I had heard that it was, well, different. Much different than the first—widely considered to be one of the best to date in Marvel’s growing catalogue—and much different from the tone the trailers seemed to tease.

I’m happy to report I was completely blown away by the second volume of this unique, strange, witty, weird and heartfelt epic comedy fantasy saga in space, so much so that it easily reaches the upper echelon of the MCU for me.

And yes, I think it even outshines the first.

To get the most common criticism out of the way at the top: yes, Guardians 2 is not as fresh as the original. How could it be? When it was released three years ago, Guardians was a shock blockbuster hit that introduced the world to the most lovable misfit heroes in the galaxy. Well, the cat’s out of the bag, now. Director James Gunn and Marvel Studios head honcho Kevin Feige knew they couldn’t quite recapture that magic newness of the first, so they didn’t try. What some critics have seen as a lesser attempt, I consider a bold new direction, one I wasn’t expecting and one that focuses on character over plot and thematic weight over bombast … though there is plenty of that as well.

I won’t spoil any major plot points other than to say that—as was teased at the end of the first film—much of this one deals with the ramifications of Peter Quill aka. Star Lord learning about his alien parentage. If you’ve seen the trailers, you know that’s where Kurt Russell comes in. I’ll just leave it at that, because it’s a joy to behold the whole way through. 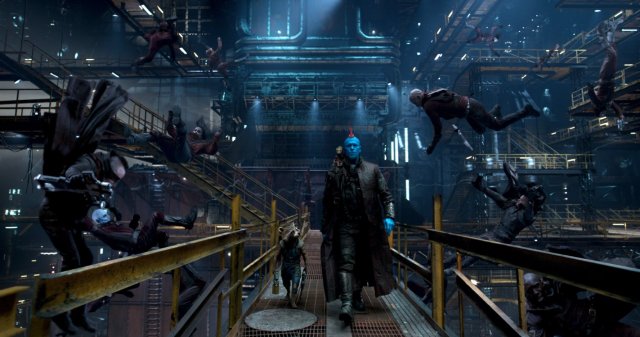 All of the same jackasses from the first film are here, and instead of focusing on some new villainous overlord, Gunn spends the first two arcs fleshing out the characters and their relationships with one another. Everyone has an arc, and while some critics have suggested that these meander and outstay their welcome, I could not disagree more.

On that front, the acting must be commended all the way around. Dave Bautista continues to be a revelation as Drax the Destroyer, while Chris Pratt and, surprisingly, Michael Rooker as Star Lord and Yondu, respectively steal the show any time they’re on screen, making for some of the most entertaining and dramatic scenes. Rocket is as fun as ever, and while Gamora probably gets short shrift here, she does have a nice little arc of her own that is firmly in keeping with the F’d-up family theme Gunn’s pushing. And yes, your significant other will love Baby Groot, who is more than mere window dressing.

But the visuals. My god, the visuals. Guardians looked incredible in 2014. It was colorful, energetically shot and well choreographed. I can honestly say it’s got nothing on some of the sequences in this film. A prison escape involving Yondu and Rocket that’s been teased in the trailers is a particular standout, and the ending battle/crisis is a feast of color and raw, chaotic energy. If you partake in mind-altering substances before your viewing experiences … I would guess you’d have a damn good time at this one.

Instead of giving us more of the same, Guardians 2 goes for different, and it goes for it in a big way. It doesn’t always work. If I have one criticism of the film, it’s that those heartfelt moments—there are a few genuinely affecting turns—are sometimes dampened by jarring tonal shifts. Mixing comedy with tragedy isn’t an easy balance to strike, and Gunn sometimes falters here. I still got enough out of the emotional beats, but I wanted to linger on a few moments of unbridled rage and anger before we returned to the fun. Additionally, Gunn’s thematic messaging sometimes lands a little too on-the-nose when characters give voice to feelings and overt motifs the audience is (hopefully) smart enough to pick up on themselves.

Still, just like the family it’s about, Guardians of the Galaxy Vol. 2 is a standout achievement in spite of—and sometimes because of—its flaws. There have now been 15 films in the Marvel Cinematic Universe. This is absolutely one of the best.