It’s Oscar season, which means there’s a metric ton of movies — probably good ones — that came out at the tail end of 2016 I didn’t get the chance to see. (Arrival, La La Land, Manchester by the Sea, Hacksaw Ridge, etc.)

But I did my best. What follows is the definitive list of the 10 movies that came out in 2016 that I watched with my entire face and accompanying brain, ranked objectively by goodness.

The double 10 thing is totally a coincidence.

10 Cloverfield Lane got lost in the year-end shuffle. It came out in March to little advanced praise, with the marketing team doing an excellent job keeping a lid on this one until release day was nearly upon us. Those looking for a pseudo sequel to Cloverfield will be disappointed, but those who go in with an open mind will find a taut, tension-filled thriller with a striking premise and incredible performances by John Goodman, Mary Elizabeth Winstead and relative newcomer John Gallagher Jr.

Speaking of newcomers, debut director Dan Trachtenberg is a name to watch.

This one is ranking a lot higher on other annual lists I’ve seen. It absolutely makes my Top 10, but I wasn’t as taken with all aspects of the film as some.

Still, what stands out to me most about Deadpool, aside from its (necessary) hard R rating, over-the-top style of humor and charismatic lead turn by Ryan Reynolds, is the compelling and somewhat tragic thread at the core of the narrative. Deadpool as a character is often difficult to empathize with in the comic book source material, but writers Rhett Reese and Paul Wernick did the seemingly impossible and gave us one of the more compelling heroes of 2016 … even if he does ruthlessly murder people while ridiculing them. 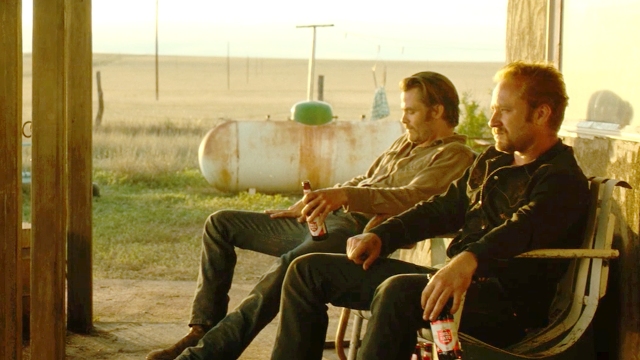 Just had a chance to check this one out the other day, and damn … believe the hype.

The story isn’t anything you haven’t seen before: two estranged brothers come together to rob some banks in order to provide a better future for the little ones. “Don’t make the same mistakes I did,” type of stuff. Overdone. Tried and tired.

Anchored by some surprising turns and Oscar-worthy (no exaggeration) performances by all three leads (Jeff Bridges, Chris Pine and Ben Foster,) this is one modern-day Western well worth your time.

7. Kubo and the Two Strings 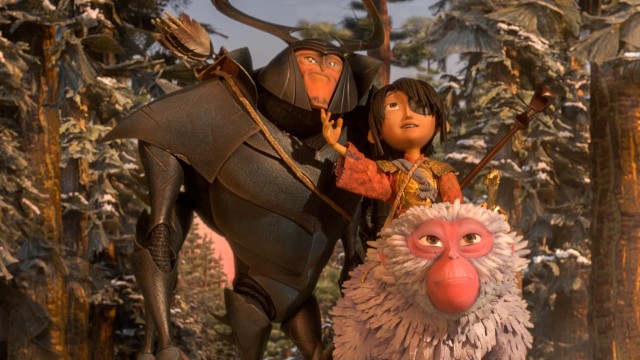 Another film I regrettably caught after its theatrical run, Kubo and the Two Strings marks one of the finest animated efforts put out by a Western studio in my lifetime.

It’s both beautiful and haunting, free-flying and poignant, fun and affecting.

The hand-crafted (literally) animation is stunning, to say the least, and the Eastern sensibilities on display along with the lyrical, fable-like tone create a world you just want to stay in a little longer after the credits roll.

Also, props to the writing and directing team for not talking down to the kids who will see this one. On a thematic level, there’s quite a bit going on that viewers of all ages can get something out of.

I still need another viewing or three before I decide which I prefer between the first Star Wars standalone and Episode VII.

Rogue One is a flawed film. Some of the characters don’t work and it jumps around too much in the first act to allow the audience to fully seep into its world.

The visuals alone are worthy of praise, but this one makes the list based more on its stellar third act than for any other reason. The best space battle ever put to film and the finest spectacle of the 2016 movie year, this is one you need to see on the biggest screen possible.

Another indie flick I checked out on a whim, and boy was I glad I did.

Midnight Special may ooze references and homages to Steven Spielberg, but the film is wholly its own. Telling the story of Alton Meyer, a gifted youth who is either the second coming of Christ or something else entirely and the loyal followers who protect him, its one of the most compelling cinematic experiences I’ve had in some time.

Michael Shannon takes a turn as the good guy for once, but it may be Joel Edgerton who gives the best performance as the skeptic-turned believer Lucas in a taut study in suspense.

The central mystery is addicting, the characters endearing and the situation dire and tense in the best of the Sci-Fi thriller tradition. Don’t let the destination define the journey this one takes you on. 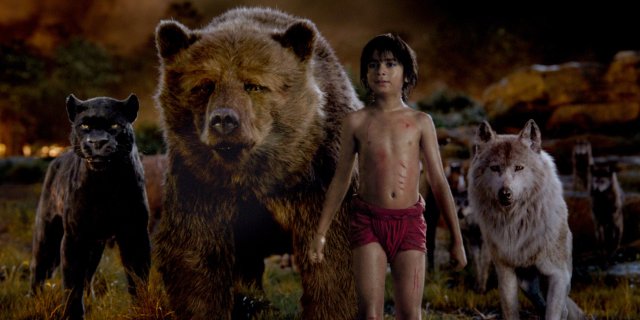 I expected to like The Jungle Book. I did NOT expect to love it.

An improvement on its animated predecessor in nearly every way, Jon Favreau’s groundbreaking visual achievement is anchored by strong voice acting, a more linear narrative structure and one of the best villains of the year. It also features some shocking and effective violence, which I’m all about, especially when it involves tigers.

In an age when studios sometimes throw CGI onto the screen without thought or foresight, let this one stand as a shining example of the artistry the format is capable of displaying … so long as the creators involved actually give a shit.

Shane Black has carved out a niche for himself in the irreverent comedy space, and while The Nice Guys made zilch at the box office and got dusted at major awards ceremonies, this is absolutely the best buddy-cop movie I’ve ever seen. It’s fun, violent, hilarious and sometimes depressing.

Everything a Shane Black movie should be.

Also, aside from the fantastic and unexpected chemistry between leads Ryan Gosling and Russell Crowe, this one introduced us to the best young actress I’ve seen in ages in the form of Angourie Rice, who is the only not dumb person on the case.

2. Hunt for the Wilderpeople

Honestly, this one should probably have the top spot, and is the prime reason Thor: Ragnarok is one of my most anticipated movies of 2017. I literally cannot imagine what the director of 2016’s most delightful indie surprise will do with the Norse/Marvel god of thunder.

Anyway, Hunt for the Wilderpeople is all about Ricky Baker. The dastardly rogue. He’s a chubby juvenile delinquent who is taken in by an older couple in the New Zealand countryside, and following a sudden tragedy, many hijinks ensue. Sam Neill gives the greatest performance of his career playing Uncle Hec, who doesn’t like so much as loath Ricky Baker, and the result is probably the most quirky (in a good way) film I’ve seen in years.

Hilarious, tragic, blah blah blah. It’s utterly unique in an age when it’s important to be, and it deserves to be seen and talked about.

JUST GIVE ME THIS ONE! Let me have it. Okay?

But it’s got the top spot and there isn’t anything you can do or say to change my mind.

I still remember reading comics like Civil War, Avengers, Spider-Man, etc. in high school and wishing people knew how great the stories were, how inspiring the characters, and how poignant and necessary some of the messages in a world gone exceedingly mad.

Aside from its incredible action, competent acting and dramatic twists and turns, Civil War is the best and truest comic book adaptation I’ve ever seen. It’s true to the source material without being a slave to it, and it represents a sort of culmination in long-form cinematic storytelling that makes for a wholly satisfying filmgoing experience.

Also. It gave is Spider-Man in the MCU. Something I’ve wanted for ages but never thought would happen.

For that alone (and for giving us a Captain America who represents the country’s true values, not its blind leadership,) it has my undying love.