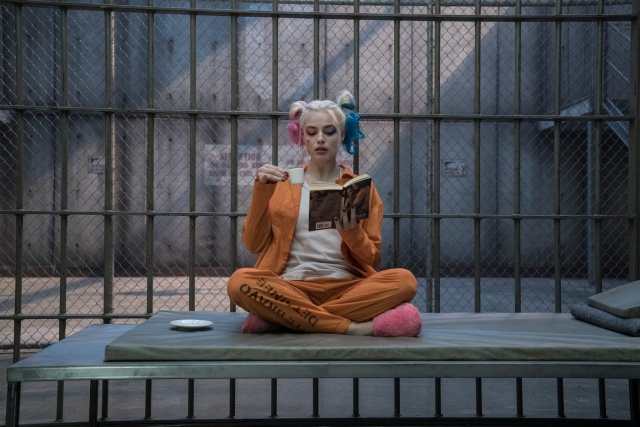 I kind of hated Suicide Squad.

So, that’s a little something about me and my movie tastes, but it’s beside the point. The merciless critic bashing on the new run of DC movies—particularly Batman v. Superman and the aforementioned Squad—and the misguided fan backlash toward said critics has really started to grate on me for one reason above all others: audiences have no idea what makes a movie successful, and they have no idea what constitutes a cinematic failure.

In brief, I’m going to try to explain why that movie you may have liked—but which, contrary to various ill-advised petitions—was not well-liked by the majority, is being called a failure even as it rakes in hundreds of millions of dollars.

Let me start by outlining the difference between what I’ll call “outright failures of the ID4 variety” and “softer, BveSque” failures. These recent films—Independence Day: Resurgence, Alice Through the Looking Glass, Teenage Mutant Ninja Turtles: Out of the Shadows and The Divergent Series: Allegiant—represent the rare triple threat that has grown increasingly common in 2016. In short, they’re crap movies (to most,) got crap reviews, and made crap money against massive budgets.

In rare cases, you’ll get a big budget film that was well-liked by both critics and audience members who saw it, but which still bombed. This was the case with July’s Star Trek Beyond, a movie I quite liked. If you were to look at the numbers, you might think Trek was a modest success. After all, it made $242M against a budget of $185M. Wrong. Modern production budgets do not take into account the massive marketing machines that get these films in front of your eyes in as many forums as possible—be it TV commercials, billboards, radio ads or web site sidebars. All of that has to be bought and paid for … and all of it needs to be made back.

The common, far-too-simplified formula to determine whether or not a movie was financially successful is to divide its total profit by its production budget. In the case of Trek, we get a worrying 1.3 profit-to-budget multiplier. Unfortunately, the magic number in Hollywood is closer to 2.0 just to break even, and closer to 2.5 if you want to make those shareholders the sort of profit that makes them happy they invested in the first place. Anything above that 2.5 multiplier, and you’re probably eyeing a fast-tracked sequel.

Among the previously-mentioned bombs, Alice was probably the worst offender, earning a kind-of bad 1.7 multiplier worldwide, but a paltry 0.45 domestic, which is where major North American (ie: basically all) studios earn the most bang for their marketing buck.

Now, you may already be furiously typing away, wondering how films like Suicide Squad, Batman v. Superman and X-Men: Apocalypse fit into this “failure” trend despite earning plenty of money for their studios. To figure that out, we need to look beyond the obvious fact that both critics (the vast majority of them) and audiences (roughly half of them) came away from those three films more disappointed than not.

If we dig into the actual numbers, Apocalypse made 20th Century Fox $544M against a reported $178M budget. Even if we take marketing costs into account, that represents an entirely respectably 3.05 profit multiplier. More than enough to greenlight a sequel, at least in most cases.

You see, the problem with Apocalypse is that its earnings—while impressive in a vacuum—come directly on the heels of its predecessor, the critical and financial darling that was X-Men: Days of Future Past. Future Past not only garnered a stellar 91% critic and audience rating against Apocalypse’s middling 48% among critics and 70% among audiences, but it also did gangbusters at the box office, grossing $747M against a $200M budget, a fantastic 3.7 profit muliplier.

Some might argue that you win some and you lose some. Days of Future Past was a better film, so it made more money. Big deal. Apocalypse was still profitable.

Studios are cowards. Any sort of downward trend sets them into panic mode, and for good reason. Audiences came out of Days of Future Past buzzing and excited for more stories in the franchise. Then they got something that left a bad taste in their mouth. Steep week-to-week drops at the box office are an indicator of poor word of mouth, and the three “soft failures” mentioned above certainly fit that mould. Despite the misguided belief that critics are sabotaging these films, people simply aren’t liking them enough to tell their friends to see them, and that’s showing in the numbers.

The most popular films people seem to love to defend or love to bash are the recent twin efforts from the DCEU: BvS (I thought it was okay) and Suicide Squad (again, hated it.) If we look at the numbers, Squad has already earned a 3.63 profit multiplier, and it’s still making money. Because it’s budget was significantly higher, BvS earned less proportionally, finishing its run with a 3.48 multiplier.

Why is that terrible? Because in the same year in which Captain America: Civil War—a story populated by B and C-list comic book characters made famous through consistently good, sometimes great films, despite what a vocal minority attempt to argue—earned a 4.6 profit multiplier to go along with stellar critical and audience reviews, the first-ever film featuring THE two most iconic, long-lasting and well-known superheroes earned significantly less. BvS should have broken every box office record in the book, and had it been a good movie, it surely would have.

That, in a nutshell, is why Warner Bros. is pissed. Really, they only have themselves to blame, but that’s a discussion for another day.

Looking at the numbers alone, Suicide Squad appears to be the winner DC was looking for, but with critics and audiences reacting anywhere from venomously to lukewarm, the prospect that a sequel would earn more is, frankly, laughable. And make no mistake, studios do not like sequels that earn less than their predecessors.

Which brings us to the unhappy prospect of forecasting the future of a franchise.

Hollywood movie trends are all about trajectory. If we take the ill-fated Spider-man series as the most prevalent example, the second Marc Webb-directed film earned $708M in 2014. That massive profit was considered such a failure because of its precipitous drop from previous entries in the series that Sony agreed to share the rights to the character with a rival studio, which re-introduced Peter Parker to audiences in a way that has them clamoring for more.

This may all seem like doom and gloom talk, and if you enjoyed some of the movies I bashed on here, that’s great. Overall, however, these troubling financial trends will be a good thing for consumers. For the first time in a long time—possibly ever—critical reviews, which tend to coincide with film quality, are also coinciding with profit margins at a higher degree than ever before.

In short, audiences are wising up, and if other studios want to keep up with the profit margins of the almighty Disney, they’re going to have to start making better creative decisions behind the camera to influence how much we’re willing to plop down on the ticket counter.

If you’re out there bashing critics who didn’t like a movie you did, you’re probably part of the problem, and you’re going to get the quality you continue to pay for.

I may have rambled here or there, but hopefully this sheds some light on the numbers behind movie success. If you’ve ever wondered why a movie you loved didn’t get a sequel, whether it was good or bad, it always has to do with some combination of money and critical/audience reception. Laid out in those terms, it’s obvious, but hopefully now you’ve got some general numbers to toss around, and the reasoning behind them.

Still, as I mentioned in the case of the most recent Star Trek film, good movies still fall through the cracks, earning far less than they should based largely on poor marketing campaigns. I haven’t seen the film yet, but by all accounts, Kubo and the Two Strings is the latest potential gem to fall victim to this trend. If you’d like to check out something original in theaters that respects the money you’re paying for your ticket, consider taking the kids to that one rather than Transformers 5 … whenever the hell that comes out.

One thought on “That Movie You Like That Made a Ton of Money Is a Failure: Here’s Why”